The photo below of a green basket topped with an I Ching coin and tasseled jade piece is significant to me, because it was the first 'nice' thing or possession that Tim bought for me, after we had been temporarily kicked out of The Source Family (that happened to several people) and told to leave the encampment on Maui in 1974.  Getting this basket was a luxury item for me at what was a lot of money for us back then $55.00, after having spent six long years in The Source Family with virtually nothing, but the few items of clothing that I had and a couple of books.  Otherwise, I had nothing and never got anything new.  But, I joined The Brotherhood of The Source with nothing, and I left with nothing.  There were no niceties or luxury items available to the majority of Source Family members like myself, who did not have access to money, transportation or the benefits or largesse of Jim Baker that he bestowed upon some of his 'women' and 'sons'----some of whom were able to buy nice dresses and whatever else they desired.  That was part of the disparity of being in a cult like The Source Family.  Nobody had much of anything, except for whatever handouts were allowed or allotted, because; nobody had any money or income.  Although, it turned out there were some people who continued to maintain their own bank accounts.  But, the majority of people just got by with what little they had which only got worse as the years dragged on.  So, I was very happy when Tim and I were temporarily kicked out and got to return to some kind of normalcy in life where you could spend time looking around art galleries and perhaps buying yourself something nice---a luxury that only a chosen few were allowed to do throughout the entire duration of The Source Family.  So, every time that I look at this basket; it reminds me of how important it was to Tim, for me to have something that I never would have been allowed to have while in The Source Family having neither the funds/money or means to acquire it.  I remember feeling such a sense of freedom being away from the claustrophobic and controlling dictates of Jim Baker and the controlling men and women who surrounded him.

It was during this time that I was almost ready to give birth.  Tim had flown over from Los Angeles to the encampment at Makawao, Maui to check on me, and thankfully either said or did something that pissed off whomever was trying to control the contingent of 'family members', and so Tim and I left the encampment and flew to Oahu where Tim went out and found work playing in clubs and bars.  We were living at The Pagoda Hotel in downtown Honolulu in a room with a kitchenette.  It was in that hotel room that I gave birth to our son.  We had hoped to have found a house or a rental of some kind, before I gave birth, but that did not happen.  Tim delivered our son in a hotel room at The Pagoda Hotel, and like retelling an old war story; he would retell the story of how he delivered our son to everyone around him for the rest of his life, because he was extremely proud of himself.

Looking back, I am convinced that had I gone into labor while still at the encampment at Makawao, or back at the compound in Los Angeles surrounded by Source Family members; that my son would not have survived his breech birth.  My son came out feet first, and had I been surrounded by the men and women in The Source Family at the time; they would have been unable to decide or know what to do, along with the reluctance and reticence never to go against our leader, Jim Baker's tenet not to call an ambulance or seek medical help.  That was verboten, and nobody dared do something that would have been contrary to Baker's directives.  I am convinced that anyone in attendance of my son's breach birth would have stood around and hemmed and hawed unsure of what to do, and my son and I would have been at the mercy of whomever happened to be around, but most definitely that my son would not have survived his birth.  The only reason that my son survived was because Tim and I had left the group and were on our own; that and my own instinctive fear at the moment my son's two feet emerged that if Tim didn't get our baby out immediately neither our baby or myself would have survived---that was the thought that flashed into my mind, right before I literally yelled at Tim, "Pull him out!"  Tim later said that he was pulling so hard; he thought he was going to break our son's neck.  But, it took two strong pulls and out came our son, feet first.  I like to say that he came out standing.

Of course, someone at the hotel heard my birth pains & yelling and had called the Health Department, so the front desk phoned the room to say that an inspector from the Health Department was on their way.  Well, I was freaked out at the prospect of people from the Hawaii Health Department showing up, and so with a surge of adrenaline within minutes Tim had pulled the car that we had around to an exit at the back of the hotel and he unceremoniously gathered up all of the bedding that included the placenta and dumped it down the laundry chute, before we left The Pagoda Hotel and went across the street and checked into another hotel where I spent the next week or so recovering and taking care of my perfect, little infant son.  Although, I've always felt bad about someone in the laundry room at the Pagoda Hotel finding that bedding containing my placenta.

Thankfully my son survived his birth and his Dad was given the unique opportunity to deliver his own child.  I could not have been more proud of Tim's courage and unwavering resolve in delivering our son, and most of all for listening to me when I yelled at him to 'pull him out!"  But, had I been surrounded by Source Family members whose ability to think and act were inhibited by the delusional and misguided beliefs implemented by our 'spiritual' leader never to call for medical help of any kind; I'm convinced there is no way that my son would have survived.  Another woman had a breach birth, but her baby did not survive, because nobody around her knew what to do, and there was no medical help summoned for her.  But, like her and myself, and all of the other women who became pregnant while in The Source Family; none of us ever had any prenatal care that would have seen if our babies were going to be breech.  I guess that I was the lucky one. 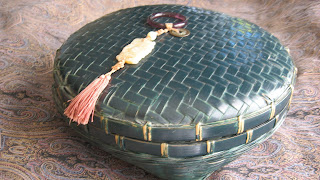